House of Gucci: An Italian Story? 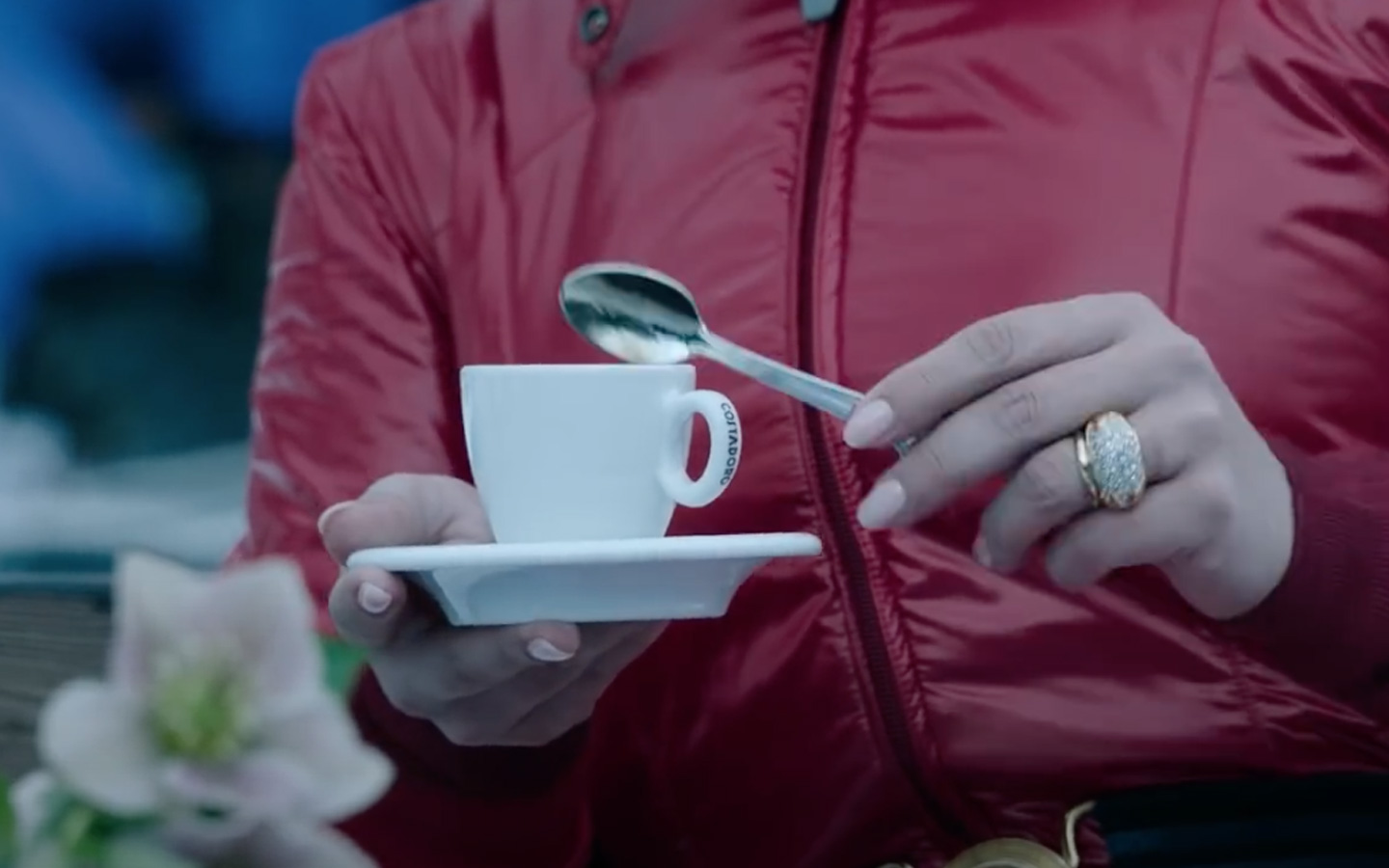 House of Gucci, the “high-end soap opera” everybody is talking about

By now, you have probably seen House of Gucci or at least the trailers. But did you know that Ridley Scott wanted to make this film in the early 2000s with Angelina Jolie and Leonardo DiCaprio as leads? Let’s discover a few more interesting facts about it.

House of Gucci: the inspiration

The film is based on Sara Gay Forden’s book The House of Gucci: A Sensational Story of Murder, Madness, Glamour, and Greed (2001), which covers the entire history of the family and the company from its humble beginnings through present day. Contrary to what one might expect, the book focuses mainly on the business, and much less on Maurizio Gucci’s murder and the following trial. However, the film directed by Ridley Scott centers on Patrizia Reggiani (Lady Gaga), chronicling her entry into the Gucci family, the battle for the control of the fashion house, and the eventual murder of Maurizio Gucci (Adam Driver), her former husband by then. In the words of cinematographer Dariusz Wolski, “it’s a bit of a kitschy, funny, tragic tragedy — like a high-end soap opera.” And that’s how we should take it, as a “sensational story of murder, madness, glamour, and greed,” not as a documentary. 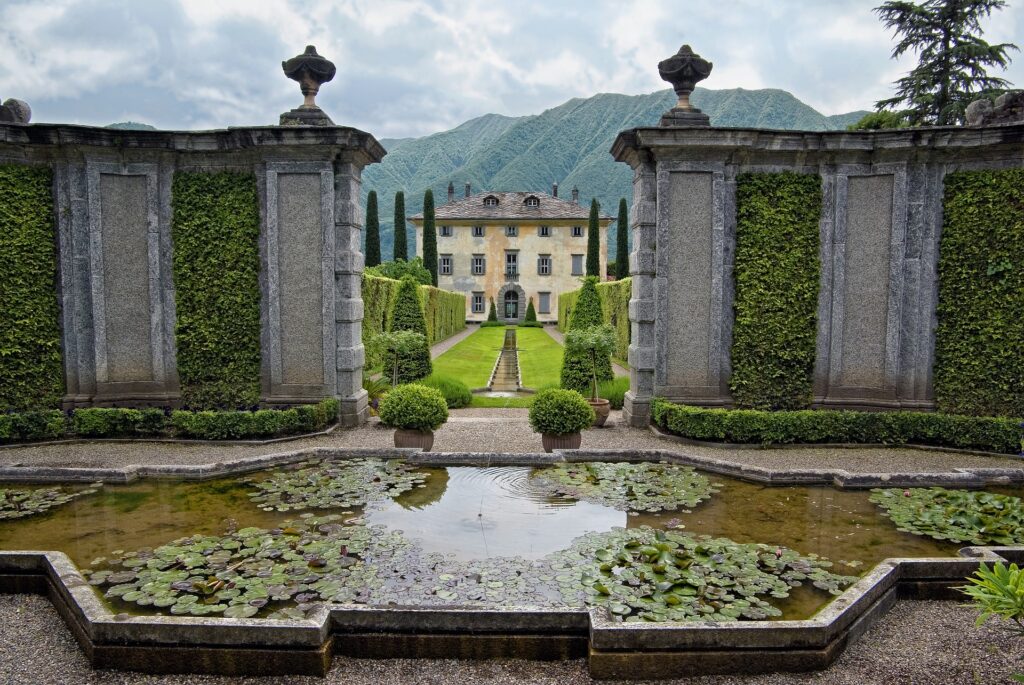 House of Gucci was shot entirely in Italy, and includes glamourous destinations such as the Alps, Rome’s glittering Via Condotti, a beautiful villa on Lake Como, and, of course, Italy’s fashion capital, Milan. But keep in mind that this is fiction and settings had to support and amplify the film’s intentions. Production designer Arthur Marx, for example, explained why for Maurizio Gucci’s assassination he chose Rome instead of Milan: “After all, we were not shooting a documentary. The mixture of styles evokes for me a combination of Tuscan and Arabic architecture. It’s almost like a character in the film.” Similarly, the ski villages of Gressoney Saint-Jean and Gressoney La Trinitè in the Aosta Valley, which offer a taste of the Alps from the days before the modern ski boom, stand in for St Moritz, where Patrizia and Maurizio had a chalet. 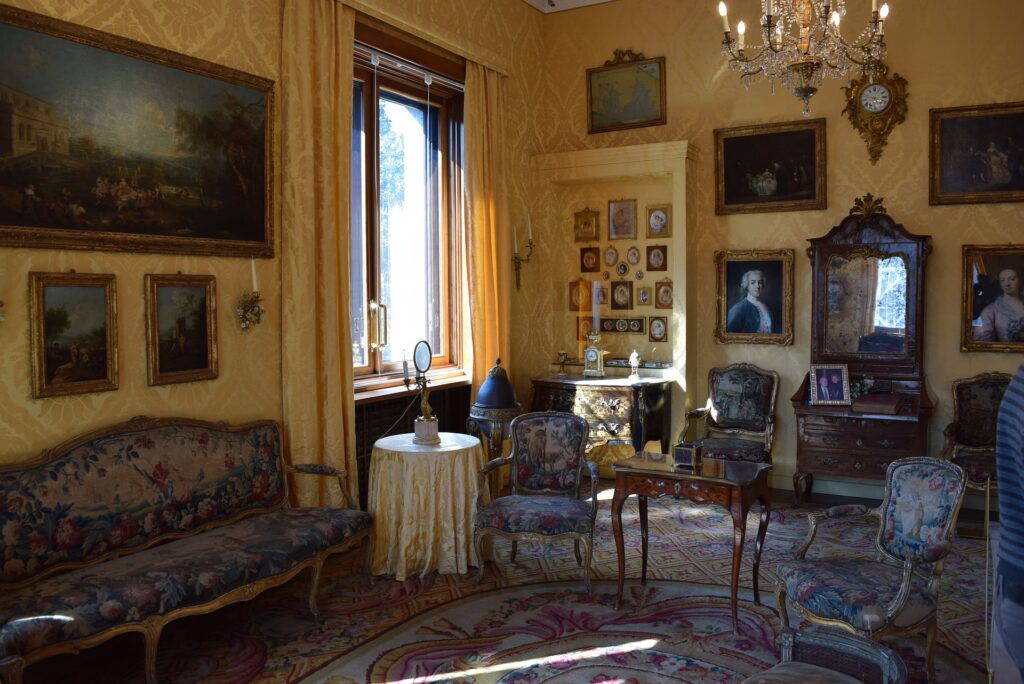 The beautiful lakeside villa in the film is Villa Balbiano, on Lake Como. At this point, it is almost needless to say that it has never belonged to the Gucci family, but it is perfect for Patrizia Reggiani’s offical entry into her new family. The 16th-century property has been restored several times, and now can be hired for weddings, parties, and… films. Another Italian villa you have seen is Villa Necchi-Campiglio, in Milan, which doubles as Rodolfo Gucci’s home. Built in 1935 by the Necchi family (Italy’s leading sewing-machine dynasty), it is a striking house museum.

The cast of House of Gucci has received some harsh criticism for their Italian accents, often defined as Russian-sounding, and, as an Italian school, we felt we had to comment on this aspect.

Garrett Strommen, who has worked as an Italian dialect coach and consultant for TV, movies, commercials, video games, and more, ranked their accents. Talking about Jared Leto (Paolo Gucci in the movie), he said that he was so convincing that he even wondered if he was Italian, as he could not recognize him in his makeup. What made Leto so believable, apart from his long vowels and heavy consonants, was how much he gesticulated. Lady Gaga and Al Pacino (playing Aldo Gucci) are runners-up: he appreciated the work Lady Gaga did with her lines in Italian, the way she pronounced th- sounds and Rs; Al Pacino had a good cadence and th- sounds, and “incorporated the Italian soul by using hand gestures.” However, Strommer also said that there were a lot of inconsistencies and American sounds popped up all the time.

Italian linguists Anna De Fina and Mariapaola D’Imperio basically agree with Strommer’s analysis. They say that it is very difficult to define an Italian accent because accents in Italy vary from a city to another. However, they share some general tips to attempt an Italian inflection: give all vowels equal length and emphasis; add an “uh” sound onto the end of words ending in hard consonants; do not use contractions; trill Rs; drop Hs.

It is obvious that the Italian-accented English was a device designed for an English-speaking audience; an Italian viewer would wonder why an Italian family should speak English with an Italian-ish accent, occasionally switching to Italian. Perhaps we should just remember that House of Gucci isn’t a docu-drama. That said, if you aren’t happy with the result, you can still try watching it in Italian!