Venice, Dior and the Tiepolo Ball 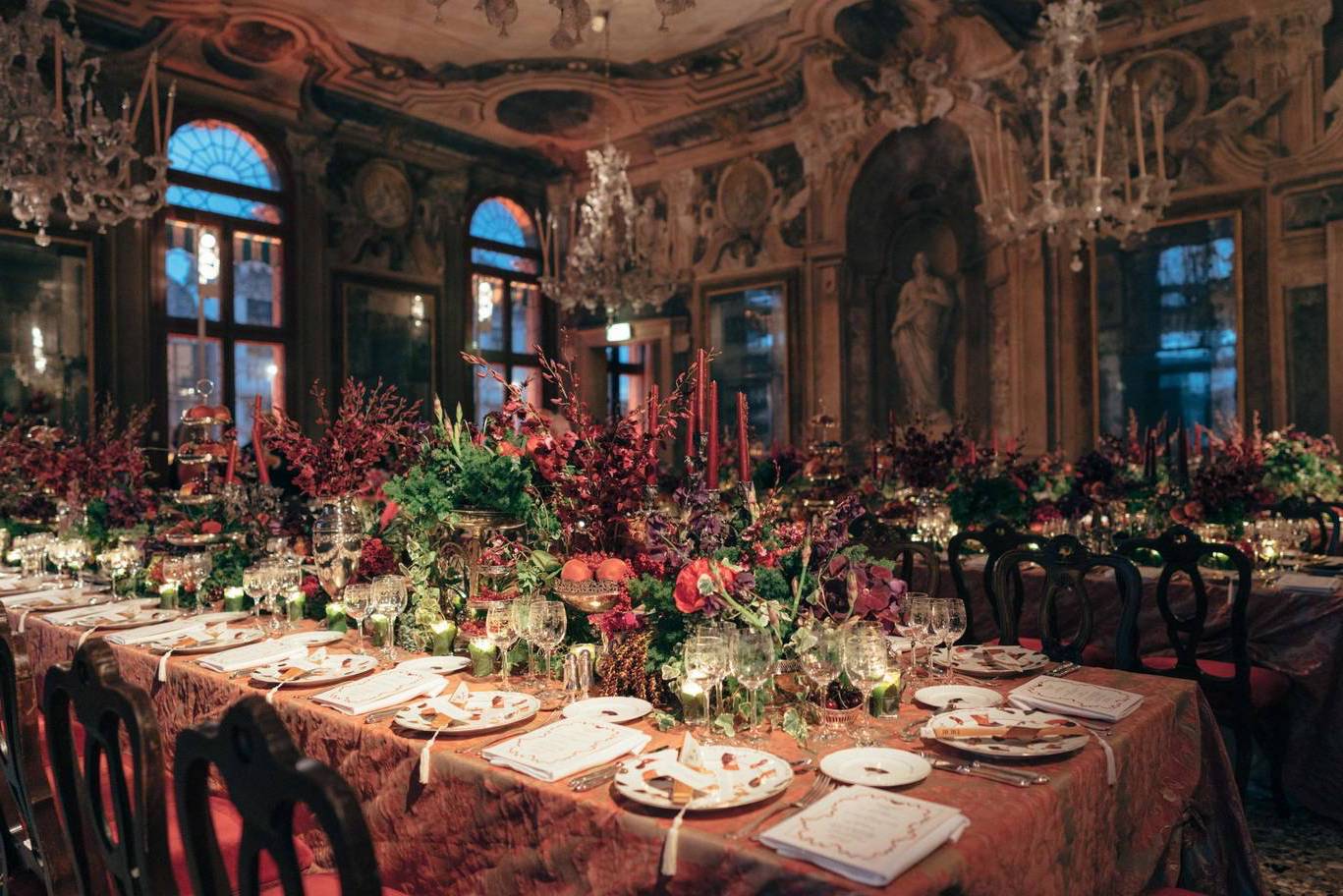 Without a doubt, Venice – once the seat of the mightiest maritime empire – has represented the perfect setting not only for the Carnevale stravaganza but also for many, lavish parties and balls.

This is the case of Le Bal Oriental, hosted by an eccentric millionaire at his Venetian palazzo on September the 3rd, 1951. The host’s name was Charles de Beistegui, a wealthy, eccentric, and flamboyant art collector and interior designer, often referred to as “The Count of Monte Cristo”.

Christian Dior and Salvador Dalí designed each other’s costumes and the party also launched the career of Pierre Cardin, who designed about 30 of the costumes. The host wore scarlet robes and a long curling wig, and his normal height (5 ft. 6 in.) was raised a full 16 inches by platform soles.

And this past week end, Dior has filled the aristocratic halls of Palazzo Labia with a long list of masked celebrities for an event – dinner and ball – to raise funds to restore some Venetian art masterpieces.

The ball has been dedicated to 18th-century Venetian artist Giambattista Tiepolo.

Dinner and masked ball coincided with the opening of the Biennale and, of course, guests were invited to attend wearing costumes matching the theme of the ball, which is dedicated to 18th-century Venetian artist Giambattista Tiepolo.

The evening felt like the set of a Merchant Ivory movie or by Fellini, who after all shot Casanova. While Sienna Miller starred in another life of the most famous of all Venetian libertines.

“Monsieur Dior always loved Venice. So its artists, artisans and art are very much part of Dior’s heritage. Another reason I loved working with Venetian savoir-faire for the ball” said Chiuri.

In a nice touch, Dior left fans for each guest on the dinner tables carrying a phrase from Monsieur Dior: “Les fêtes ont ceci de nécessaire qu’elles apportent de la joie.” Celebrations have what is necessary, which is for them to bring joy.