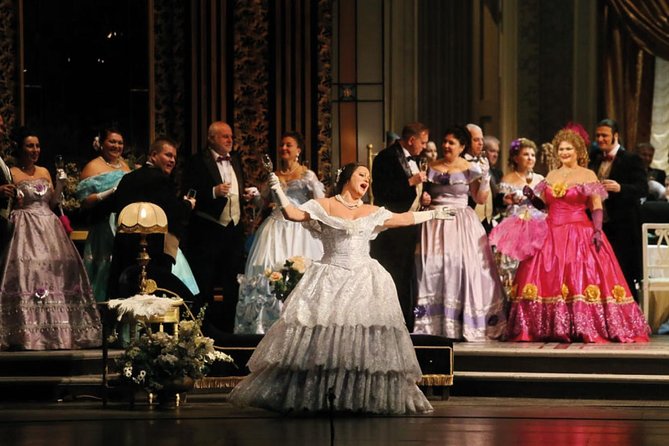 The most famous Italian operas of all time

Opera is the quintessential element of Italian culture. Famous composers and singers have populated opera houses around the globe for centuries. What are the most famous Italian operas of all time? Here it’s a list to help you navigate this dramatic world.

The opera was premiered in 1896 and its music was composed by Giacomo Puccini. La Bohème has held a prime position in the opera repertoire. It is without a doubt one of Italian musical masterpieces. La bohème is remarkable not only for its renowned arias — such as “Che gelida manina,” “Mi chiamano Mimì,” and “Quando m’en vò”— but also for Puccini’s attention to detail, which casts a brilliant light on every aspect of Parisian daily life around the 1830-40s. Puccini’s La bohème reveals to us profound movements of the human soul. The inspiration is a novel by Henry Murger. Puccini’s outcome is two hours of melodrama including some of the most beautiful and popular scenes of the Italian repertoire.

Paris. A group of penniless artists and students count on the joys of life for a little relief from their daily misery, as eating, keeping warm and paying the rent are quite the luxury. The seamstress/flower maker Mimi offers a little warmth and light to the poet Rodolfo. And it is love at first sight. But all the joys are overcast by a gloomy, bitter truth: Mimi knows she has tuberculosis and will soon die. Even though they have parted ways, Mimì returns to die in Rodolfo’s arms, surrounded by their bohemian friends.

Gioacchino Rossini masterfully crafted a big opera hit, giving voice to  one of his most captivating characters: Figaro. The barber of Seville is a so-called opera buffa, a light comedy meant to put on stage a society that has long disappeared, as perfectly exemplified by Figaro, the barber and jack-of-all-trades in Siviglia. Figaro is shrewd, bold, self confident, cunning and a complete show off. And not even Rosina, the female protagonist, is entirely pure: she may appear innocent, sweet and subdued, but truly she’s witty, cunning and very lucid when it comes to control the events.

Rossini’s music is catchy to say the least, bubbly and fun, the libretto is vibrant and the audience gets amused while invited to a deeper  and more serious introspection.

Giuseppe Verdi is one of the fathers of the Unified Kingdom of Italy, besides being a genius composer.
La Traviata is probably one of his most popular works and one of the world’s favourite operas.  Needless to say, the libretto is delightfully melodramatic. The music is simple and effective, admirably designed in its effects and theatrical in the most positive sense of the word.

Traviata by Verdi, Sofia Coppola and costumes by Valentino

Through Violetta’s life (the “traviata” – woman gone astray of the title) we experience the big themes of the 19th century: redemption through true love and fate, linked in this case to the image of a courtesan. Violetta Valery is the heroine straight out of a Dumas’ novel, La dame aux camelias. What is moving about La Traviata is this focus on a single character, who carries the burden of the world (both the one she belongs to and the upper class society) on her shoulders. Violetta’s aria “Amami Alfredo ” is one of the peaks of Verdi’ opera, along with the famous, bubbly arias of the first act such as “Libiamo” (the toast) and “Sempre libera.”

Giacomo Puccini chooses another heroine for another of his major operas. In Japanese, Cio Cio San means butterfly, and “Butterfly” is the nickname given her by her American lover, officer Pinkerton. On the one hand, one may say that Puccini slips discreet allusions to Japanese customs and folklore into his score; on the other hand, Puccini masterfully gives birth to a devastatingly accurate and sensitive portrait of a woman.

The action takes place in Nagasaki around 1900. Pinkerton finds his future wife, Cio-Cio San – called Madama Butterfly -– a 15-year-old geisha whose family disapproves of the marriage. On their wedding night, Pinkerton stirs the girl’s heart, and she eventually gives herself passionately to him. Pinkerton is then back home in the United States and three years pass. Butterfly patiently and hopefully waits for him with their child. Butterfly would kill herself if Pinkerton never returned. And that is the fatal act she commits when she discovers the truth, upon the delayed return of Pinkerton, who finally comes to meet his son accompanied by his American new wife.

Made even more famous by interpreters of the caliber of great soprano Maria Callas, Norma is a work that revolves around a singular powerful woman. Vincenzo Bellini’s dramatic genius brought to life a character who seems to bring to life all the vestal virgins of Antiquity, while his incomparable melodic muse created choruses and songs like an exquisite liquor. An icon of Italian romantic opera and a sort of impenetrable fortress, Norma is considered the role of roles by every great soprano.

In Roman-occupied Gaul (modern France), the druidess Norma has had two children by the Roman proconsul, her lover Pollione. But Pollione now thinks only of a young novice, Adalgisa, whom he wants to take to Rome. Seeking advice from Norma, Adalgisa reveals her lover’s name to the priestess: Adalgisa is horrified to discover Pollione’s lie, and Norma is stunned and can no longer contain her rage: can she live? Must she kill or spare Pollione’s children? After accusing the father of her children and threatening him with death, Norma sacrifices herself dying on the pyre, followed by Pollione, conscious of his acts and suddenly moved by grace.